Biography Prof. Makoto Nakashizuka received the Ph. D. degree in electrical engineering from Niigata University, Niigata, Japan, in 1993. He was a Research Associate in the Department of Information Engineering, Niigata University, from 1993 to 1997. He went on to become an Associate Professor at the Graduate School of Bio-Applications and Systems Engineering, Tokyo University of Agriculture and Technology, from 1997 to 2004 and an Associate Professor at the Graduate School of Engineering Science, Osaka University, from 2004 to 2012. Since 2012, he has been a Professor at Chiba Institute of Technology. His research interests include signal modeling and its applications in signal and image processing. He served as the Chair of IEICE Technical Committee on Signal Processing (SIP), the general Chair of 2015 International Workshop on Smart Info Media System in Asia (SISA2015), the Editor in Chief of Special Section, IEICE Transactions (2015-2016), etc. Prof. Nakashizuka is a member of the Institute of Electrical and Electronics Engineers the Institute of Electronics (IEEE) and the Information and Communication Engineers (IEICE) of Japan.

Abstract There are many two-dimensional codes, such as QR codes, Data Matrix, PDF417, and others. The codes have often been used for retrieving information such as URLs from printed matter, including magazines or advertisements by using a smartphone. Mainly, the QR code has often been used in such cases. However, since two-dimensional codes have the appearance of a random pattern, their use spoils the appearance of printed matter. Therefore, the embedding technique of information in printed images for data retrieval has been proposed and has attracted attention. There are several methods for implementing the technique, and the technique based on digital watermarking has also been proposed. In this talk, an overview of such a technique is presented, including its application, its current situation of commercial services, technological issues, and several proposed methods. 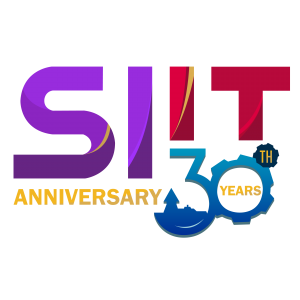